Select online apps from the list belowat the right–you’ll find everything you need to conduct business with us.

Are you one of the millions owed $1.4 billion by the IRS? 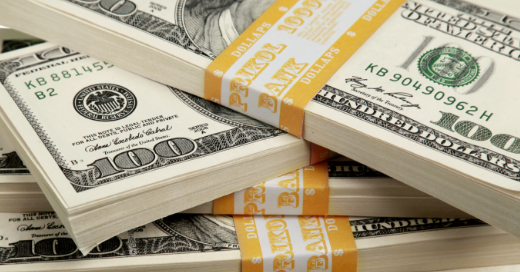 Did you know you have a three-year window of opportunity to claim a refund?

It’s true. Right now, there are an estimated 39,700 people in Michigan who have unclaimed money from the IRS from tax year 2015.

And, there is no penalty from the IRS for filing a late return if you’re owed a refund.

The IRS recently released an article stating that they were trying to connect with over a million people to divvy up over $1.4 billion in potential return money from the 2015 tax filing year.

In order to receive a refund check from 2015, taxpayers must file their 2015 tax returns no later than this year's tax deadline, Monday, April 15. The law requires taxpayers to properly address, mail and ensure the tax return is postmarked by that deadline.

"We’re trying to connect over a million people with their share of $1.4 billion in potentially unclaimed refunds for 2015,” said IRS Commissioner Charles Rettig. “Students, part-time workers and many others may have overlooked filing for 2015.”

Are there any catches attached to the 2015 checks?

The IRS is quick to point out that the 2015 refund check may be held if:

On a positive note, many low- and moderate-income workers may be eligible for the Earned Income Tax Credit (EITC). For 2015, the credit was worth as much as $6,242. The EITC helps individuals and families whose incomes are below certain thresholds.

It might be cutting it close, but call a Morgan & Associates CPA today if you need any last-minute help filing a return for 2015.

In three easy steps, our team can help you
find your path to a sustainable, profitable business
and more individual freedom.

BOSS is the answer to your back office headaches. Our cloud-based solution enables you to hand complex accounting tasks over to us. We work the numbers while providing you 24/7 access to your data—and all at a fixed, affordable monthly fee.

We understand that the countless number of tasks associated with running a successful practice leaves you with little time to deal with your numerous accounting and tax responsibilities. That is where ...

With proactive tax strategies and industry-specific expertise, we have a proven track record of helping property management firms succeed from...

If you contract your services as a salesperson, freelance writer, graphic designer, real estate professional, or other profession contact us to learn about the comprehensive, affordable...

Morgan & Associates has extensive experience in nonprofit accounting, currently providing audit and tax return services to a growing number of...

Latest from Our Blog

Help us. Help others.

Tell us about your experience with our firm.