Select online apps from the list belowat the right–you’ll find everything you need to conduct business with us.

As public opinion over marijuana use has shifted over the past 4 decades, so has law surrounding it. Two-thirds of Americans say the use of marijuana should be legal, reflecting a steady increase over the past decade, according to a new Pew Research Center survey. 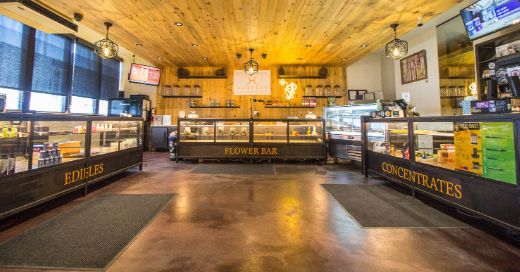 Michigan legalized recreational marijuana use with a ballot initiative effective December 2018. The initiative laid out a 10 percent excise tax. Localities can also levy an additional tax, mostly as an excise tax on retail sales.

How does the federal government collect taxes on marijuana?

There are tax pitfalls for being a cannabis business owner. Because marijuana is federally prohibited, business owners have to report financials like a business that is trafficking in a controlled substance. It is very different than for state purposes.

Since marijuana is illegal under federal law, cannabis businesses in the United States still pay federal taxes on gross income.

And, by law, cannabis business owners cannot claim any deductions or credits for business expenses, so the tax rate can run up to 90%.

Contact the experts at Morgan & Associates if you have more questions about state or federal taxation.

In three easy steps, our team can help you
find your path to a sustainable, profitable business
and more individual freedom.

BOSS is the answer to your back office headaches. Our cloud-based solution enables you to hand complex accounting tasks over to us. We work the numbers while providing you 24/7 access to your data—and all at a fixed, affordable monthly fee.

We understand that the countless number of tasks associated with running a successful practice leaves you with little time to deal with your numerous accounting and tax responsibilities. That is where ...

With proactive tax strategies and industry-specific expertise, we have a proven track record of helping property management firms succeed from...

If you contract your services as a salesperson, freelance writer, graphic designer, real estate professional, or other profession contact us to learn about the comprehensive, affordable...

Morgan & Associates has extensive experience in nonprofit accounting, currently providing audit and tax return services to a growing number of...

Latest from Our Blog

Help us. Help others.

Tell us about your experience with our firm.